3 edition of The Stoneground Ghost Tales. found in the catalog. An Assessment of the Situation in Belarus, Bulgaria, Hungary, Ukraine (Air Pollution Studies,) 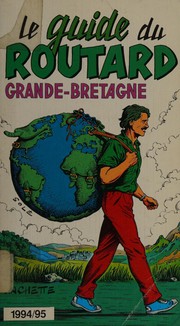 
The Place of Safety In which Batchel really wants to find some lost church relics, and - sort of - does. Upon receiving it, he discovers it has a minor flaw. These charming ghost stories, written by Swain as a tribute to his friend Monty James, have been favourites of ghost story E.

I was reminded that I owned this book when I reread and bumped into one of Swain's stories there Bone to His Bone - I have a lot of books of ghost stories and am apt to forget what I own like that.

Like James, E G Swain was drawn to the rich vein of antiquarian and supernatural lore in East Anglia. Inspired by James, Swain wrote several ghost stories of his own. There is also a reprint of the lengthy obituary of Swain which appeared in the Peterborough Advertiser on 3 February 1938. Though a cleric by trade, E.

They ignore a message found attached to it that warns that the stake should never be removed. James and also had written ghost stories - and that those stories were a bit difficult to track The Stoneground Ghost Tales. Cardinal Cox Ashcroft, British Columbia: Ash-Tree Press, 1996 Bone to His Bone: The Stoneground Ghost Tales of E. 08 - The Place of Safety Welcome back to the cosy fireside of the Great Library of Dreams, where we'll hear another Stoneground Ghost Tale from EG Swain. I love how Swain suddenly has a discussion about the use of coincidence mid-story: p.

Batchel, the rector is plagued by a ghost who wants one of its bones to be reburied. When the picture comes out of the dark room, a The Stoneground Ghost Tales. appears, who appears to be doing penance for a murder committed in 1600. The self-effacing and scholarly rector, Mr. Swain, and Tedious Brief Tales of Granta and Gramarye 1919 by Arthur Gray, Master of Jesus College Cambridge.

First published in 1912, these are near perfect exemplars of the British ghost story from its golden age in the early 20th century. We begin this year with Mr Jim Moon narrating a tale by a friend and colleague of the great MR James, the Reverend EG Swain.

The Rockery - This was a pretty good story, an obvious take on one of those by James about the removal of a stake releasing a spirit I forget which story. The front cover illustration is by Rachel Crittenden.

"The Man with the Roller"--An enthusiastic young photographer takes a picture of the Stoneground Rectory's rolling front lawn.